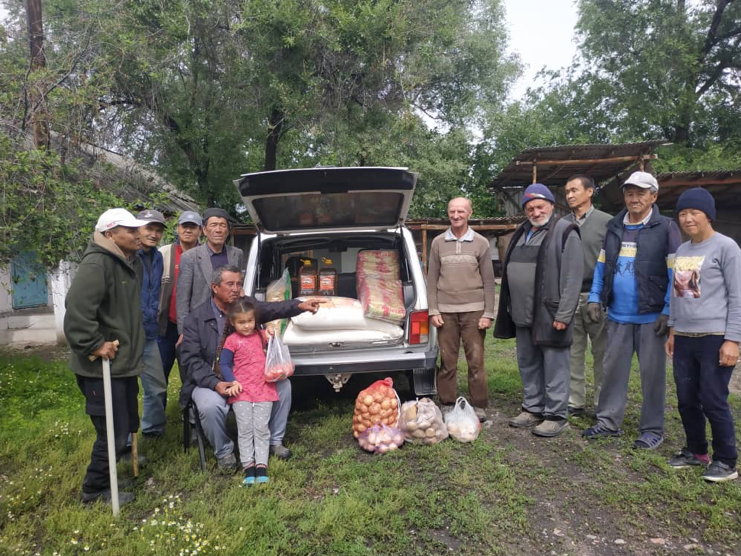 Dear Friends of Musa and Riah,

Quarantine did not stop Musa, when other organisations struggled he seemed to go on as normal, one really has to give admire him for this. He continued with the same number of people in his rehabilitation centre. Sometimes the fears of a man’s wife are God given. Because of Riah’s fear of Musa contracting corona virus and bringing it to his rehabilitation centre he rarely came into the city.  Very early on Musa told me in fact that corona virus was already in his village as neighbours had been on the visit to Saudi Arabia where the first contact with corona virus had come from to Kyrgyzstan. So life at Musa’s centre thrived as he spent time directing his people in caring for the sheep, preparing hay for the winter and building a bathroom. This is something they had wanted for a long time as Riah suffers greatly in the winter by having to go outside in the freezing weather to the bathroom. The money for the needed bathroom came from Musa contacts the Netherlands and from Germany, Musa is really grateful for this and asked me to convey his gratitude, he says it is because of the help of friends that he can continue to care for former alcoholics and homeless as he does.

I asked Musa how many animals he now has, he told me he has a cow and calf, a mare who they milk and a male horse. He does not own any sheep or goats himself now as he sold all of these last year in order to raise money to pay for the electricity that they managed to bring up to the house and barns on the hills.  Musa does have a lot of sheep that he cares for which are not his own, he is very glad that the man who does own the sheep gives sufficient food stuffs for the animals. So the sheep look very healthy.

Please continue to pray for Musa he still has a very large debt to pay off every month for getting the electricity up to the hills.

Many, many thanks for your continued care and commitment to Musa and Riah and the people in their rehabilitation centre.

Written on behalf of Musa by Margaret.